In 2007/ 2008 KITCO’s technical services division was afforded the opportunity to support Lockheed Martin and Marinette Shipyard with bringing to fruition the delivery of a first of class ship, the USS Freedom.   We played a critical role in specifying and ultimately providing key fiber optic components and fiber optic services in support of the main machinery control plant (MMCP). 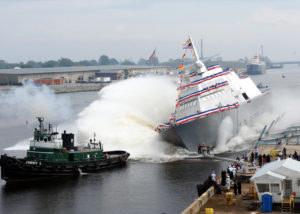 To say that our Virginia Beach crew stood out in the crowd would be an understatement.  We were the folks, working on the upper peninsula during winter, wearing so many layers of clothing, we could barely move.  Sort of like Ralphie’s little brother in the Christmas story.   At any rate, we were able to add further value by providing the shipyard engineering and electrical groups with OJT for connector fabrication and test acceptance.   It was an honor to be part of this process, which ended up with KITCO providing a ship rider support during sea trials.  Enjoy the pictures! 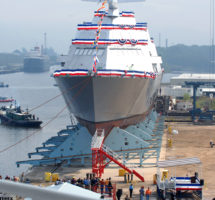 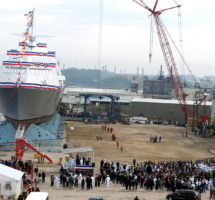 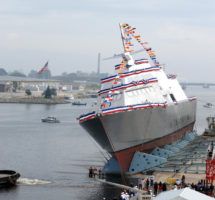 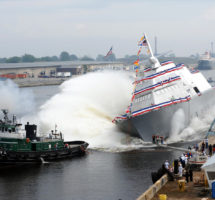 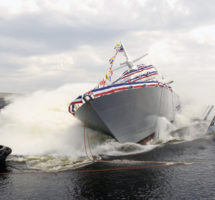 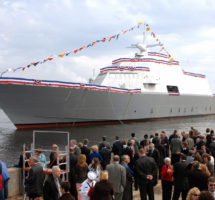 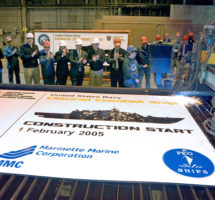 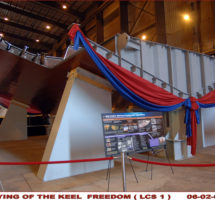 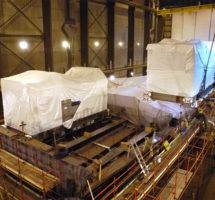 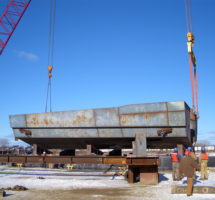 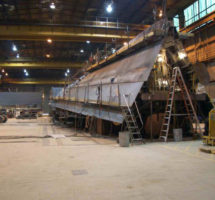 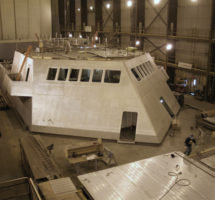 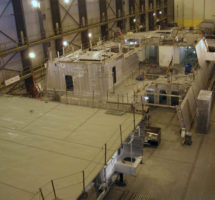 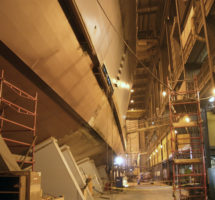 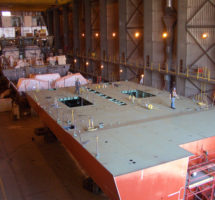 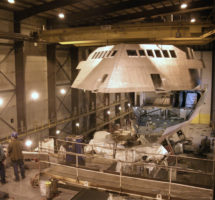 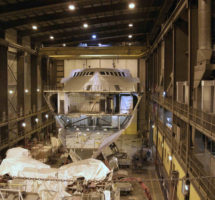 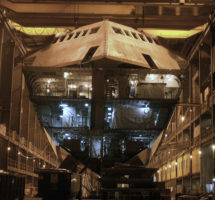 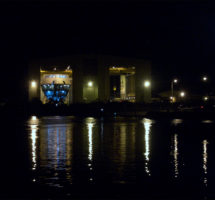 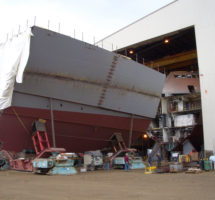 LCS is designed to satisfy the urgent requirement for shallow draft vessels to operate in the littoral (coastal waters) to counter growing potential ‘asymmetric’ threats of coastal mines, quiet diesel submarines and the potential to carry explosives and terrorists on small, fast, armed boats. 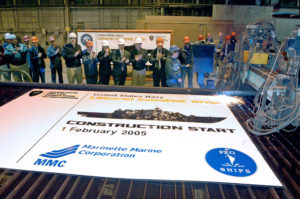 In May 2004, the US Department of Defense and the US Navy announced the selection of two separate defense contracting teams led by Lockheed Martin and General Dynamics to each carry out system design and options for the detailed design and construction of two flight 0, or first-generation, LCS ships.

The number of LCS ships is not finalized, but speculated to be up to 60, within a total US naval fleet of 375 ships.

The two designs are quite different, although both satisfy the top-level performance requirements and technical requirements of the LCS program. Both achieve sprint speeds of more than 40k and long-range transit distances of more than 3,500 miles. The Lockheed Martin Freedom-class design is a high-speed, semi-planing monohull. The General Dynamics Independence-class design is a trimaran with a slender stabilized monohull. 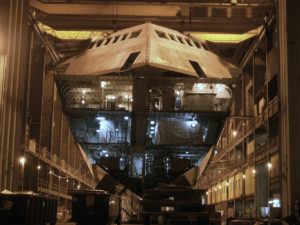 The sea frames of both designs accommodate the equipment and crew for core LCS missions and special missions. They are both capable of the effective launch, control and recovery of vehicles for extended periods, however, the strategy for launch and recovery for waterborne craft and aircraft are different in the two designs. The two designs also use very different approaches for incorporating reconfigurable internal volume.

The design approach for the second-generation LCS, flight 1, ship acquisition is flexible and will take into consideration the experience gained in the flight 0 designs. In both designs, the sprint speed ranging between 40k and 50k results in the body of the hull being lifted out of the water as much as possible. The Lockheed Martin design of the monohull lifts the body of the hull.

With the slender stabilized monohull, the General Dynamics trimaran design uses two outriggers which move the displacement upwards and reduce the wetted surface. The shaping of the hull in both design strategies gives signature reduction. The designs of both ships continue to evolve with changes in the design proposals.

“The littoral combat ship (LCS) is the first of a new family of surface ships for the US Navy.” 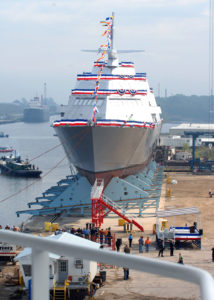 Lockheed Martin proposed the Freedom class of littoral combat ship based on a semi-planing monohull design. Lockheed Martin received a contract for the first Freedom class ship, LCS-1, in December 2004. The keel for LCS-1, to be called USS Freedom, was laid in June 2005 at the Marinette Marine shipyard in Wisconsin. It was launched in September 2006.

Builder’s sea trials began in July 2008. The LCS was delivered to the USN in September 2008 and was commissioned on 8 November 2008. It is based at San Diego. On 16 February 2010, the USS Freedom left the Naval Station Mayport for its maiden deployment, two years ahead of schedule.